My Hezelburcht
Home News Will the war in Ukraine accelerate the energy transition? – Part II

Will the war in Ukraine accelerate the energy transition? – Part II

The war in Ukraine has also made us realise that Europe must switch from fossil to sustainable energy even more quickly. There is a greater need than ever for ambitious plans. There are no more taboos; countries must become less dependent on Russian gas at all costs, according to European Commissioner for Climate Action Frans Timmermans. In Part II we take a closer look at the plans and programmes with which the European Commission (EC) intends to achieve this in both the long and short term.

We start Part II with a brief look at taxonomy. The Green Deal includes a € 1 trillion investment plan for the next ten years. These investments must come not only from the European Union (EU) but also from the private sector. This includes a sustainable financial system. Part of this is a uniform classification system or ‘taxonomy’. The taxonomy must answer the question of whether an economic activity is ecologically sustainable or green.

Until recently there was no clear definition and it was often unclear whether an investment contributes to a better environment or not. The taxonomy should put an end to this and prevent ‘greenwashing’, whereby an investment is presented as sustainable but is in fact not. Through this system more certainty is offered to investors making it attractive to invest sustainably, reducing market fragmentation, helping to shift investments to where they are most needed and away from fossil or ‘brown’ investments.

Is the EC losing its credibility?

At first sight, this seems an excellent plan. A major controversial point of discussion – even before the war in Ukraine – was the inclusion of gas and nuclear energy in this regulation. Although the EU Member States are divided on the role of gas and nuclear energy in the energy transition, the decision to include gas and nuclear energy was partly justified by the argument that it ensures the energy security of the various EC member states. When overtaken by current events, a revision seems obvious. After all, there was already the argument that the inclusion of these categories damages the credibility of the climate ambitions of the EC. On the other hand, it also gives a signal to Russia that the EC still sees fossil gas and nuclear energy as a ‘green and sustainable’ investment. This is at odds with the desire to dramatically reduce dependence on (Russian) gas.

At the beginning of March, the EC provided a first outline of a plan to make Europe independent from Russian fossil fuels well before 2030. In this outline, the EC set out a plan consisting of various measures to respond to rising energy prices in Europe and to replenish gas supplies for the coming winter. It includes an announcement for a legislative proposal to ensure that underground gas storage facilities throughout the EU are filled to at least 90% by 1 October 2022.

It also provides more guidance on the conditions under which state aid may be granted to companies affected by high energy prices. The proposal foresees monitoring and enforcement of the filling levels and solidarity arrangements between Member States. There will also be additional investigations into possible manipulation of the gas market by market players (in particular Gazprom).

Increasing the resilience of the EU energy system

Finally, the EC proposes two pillars to increase the resilience of the EU-wide energy system by opting for:

Most member states welcomed the EC’s competition on REPowerEU. However, a number of countries, including the Netherlands, indicated in an open communication that this approach also underlines the need for an ambitious ‘Fit-for-55’ package and the importance of speeding up its acceptance and implementation.

Fit for 55 is a major package (of about 12,000 pages long!) that will significantly reform EU policies. The objective of the package is to reduce greenhouse gas emissions by 55% compared to 1990 levels by 2030, with the ultimate goal of a climate-neutral Europe by 2050.

The package consists of a number of legislative proposals that must ensure the realisation of the objectives of the Green Deal, including:

Countries turn in favour of fit-for-55

As with most ambitious reforms, negotiations and thus implementation are slow. An important development for ‘Fit for 55’ is that EU countries that previously had the strongest objections to the package, and are most dependent on Russia, are now making a significant turn in favour of ‘Fit for 55’. An example of such a country is Bulgaria, which is almost entirely dependent on Russian gas. For this country, the pursuit of renewable energy sources has now become a security priority.

Changes in the field of state aid

An important part of the announced directives and plans of the EC are the underlying state aid rules. These provide the framework under which Member States can provide aid and subsidies. In the context of current developments and the EU Green Deal, there are a number of important changes this year.

The EC formally adopted its new Guidelines on state aid for climate, environmental protection and energy (CEEAG) on 27 January 2022. The CEEAG replace the previous guidelines that had been in force since 2014 (EEAG) and integrate the new objectives of the EU Green Deal / Fit-for-55 package. These new guidelines are likely to be the central state aid framework for environmental protection and energy projects for many years. For example, the EEAG provided the framework for the popular SDE++ scheme, but also led to restrictions on subsidising a large-scale H2 project (for example the number of full-load hours eligible).

A second important framework is the General Block Exempt Regulation (GBER). This framework forms the basis of about 90% of all national and regional subsidy schemes and is expected to be revised in the second half of 2022. The amendment aims to create new opportunities for Member States to provide investment and operating aid for various types of ‘green’ projects. This includes an increase in the maximum grant that can be given, but also an expansion of activities that are eligible. These include:

In this part of the series, we looked at the development of the various regulatory directives. These will influence the subsidy landscape in both the short and longer term and will therefore also be an important pivot in the extent to which investments can be made in sustainable alternatives. In the next part of this series, we will look more closely at the diversification strategy and alternatives to gas, including hydrogen.

Do you have any questions about this article? Specialist Dr Bram van Weerdenburg would be happy to talk to you about the consequences of the war for funding opportunities. Please contact him at b.vanweerdenburg@hezelburcht.com or call 088 495 20 00. 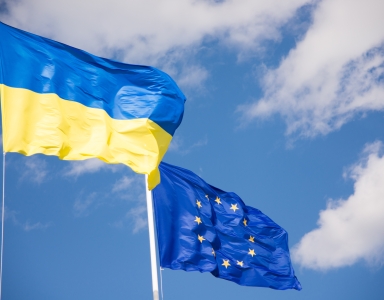 Will the war in Ukraine accelerate the energy transition? – Part I 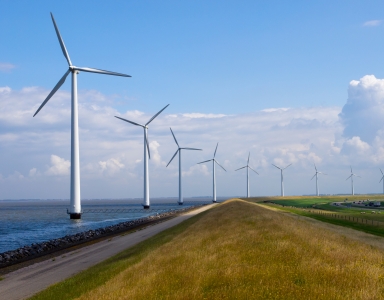 Will the war in Ukraine accelerate the energy transition? – Part II

The war in Ukraine has also made us realise that Europe must switch from fossil to sustainable energ...

Questions regarding this article?