My Hezelburcht
Home News Horizon Europe – Where are we now?

Horizon Europe – Where are we now?

The European Framework Programme for Research and Innovation 2014-2020 – Horizon 2020 (H2020) – is coming to an end in just over one year. The transition period between the Multiannual Financial Framework (MFF) Programme 7 (2007-2013) and MFF Horizon 2020 (2014-2020) saw a sudden stop in the publication of calls for proposals in 2013 and the creation of a subsequent funding vacuum at a financially trying moment for Europe (post financial crisis). This experience ensured that the European Union (EU) would take progressive steps towards avoiding this situation for subsequent MFFs.

As such, in 2020 there will still be multiple calls for proposals launched across the different H2020 Work Programmes. In addition, Horizon Europe is piloting the new European Innovation Council programmes (Accelerator and Pathfinder) between 2018 and 2020; and, several Public-Private Partnerships’ calls for proposals will also open in 2020 such as FCH-JU and BBI-JU.

The making of the 9th  Multiannual Financial Framework –  Horizon Europe

Meanwhile, preparations are in full swing to ring in the ninth Multiannual Financial Framework (MFF) 2021-2027 – Horizon Europe. In an effort to increase transparency and reach a wider audience the EC set up a web-based stakeholder consultations and organised the European Research and Innovation Days (R&I days) from 24 – 26 September 2019. 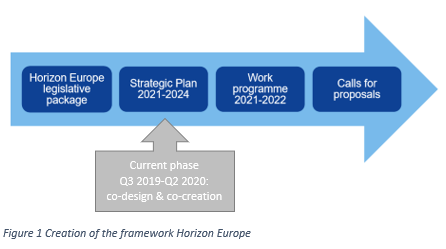 Consultations for co-creation and co-design

The R&I days was the first annual policy event of the European Commission (EC), bringing together stakeholders to debate and shape the future research and innovation landscape. The outcome of the consultations and R&I days  – part of the co-design process – will feed directly into the multiannual Strategic Plan to prepare the work programmes and funding calls for proposals for the first four years of Horizon Europe. 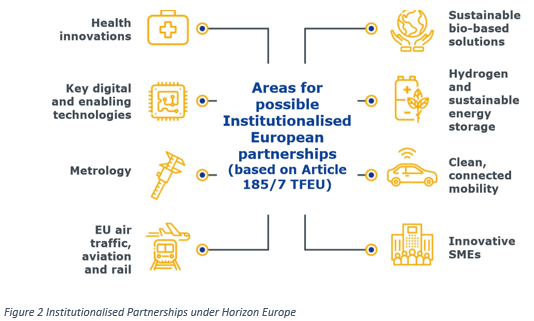 1. Institutionalised Partnerships are based on  long-term dimension and need for high integration; partnerships based on Articles 185 / 187 of TFEU and the EIT-Regulation supported by Horizon Europe.

Initial outcomes of the co-design online survey (1) were published ahead of the R&I days. Across sectors and respondents, reiterations of the following key points were noted:

The outcome of the multiannual Strategic Plan needs to be seen against the backdrop of incoming Commissioner Ursula von der Leyen’s  ‘Political guidelines for the next European Commission 2019-2024’ and the six headline ambitions for Europe: 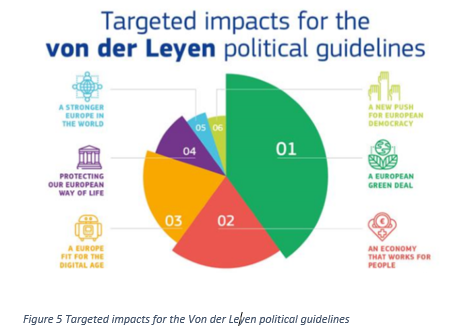 Discussion regarding the budget for Horizon Europe Framework

Concurrently there is a discussion regarding the budget for Horizon Europe. On the one hand, the European Parliament wants to increase the programme’s budget to € 120 billion. However, in order to buffer Brexit, Member States suggested a 1% cap i.e. 1% of the EU27’s combined gross national income. This may mean a reduced budget to the proposed € 94.1 billion for 2021-2027 – unless budget cuts are made in other areas such as agricultural subsidies and the Cohesion Fund to allow for a reflow to research. This uncertainty is further exacerbated by the fact that the new Commission will only assume office on 1 December instead of 1 November 2019 due to the Parliament’s rejection of the French, Hungarian and Romanian nominees. This means the final decision on the budget may be pushed to the beginning of 2020 and hence impact the programmatic timelines.

Stay up to date with the latest news – Horizon Europe Framework

Hezelburcht is actively tracking all these developments to ensure we have timely first-hand information regarding the new funding instruments under the MFF. In case of any questions – please feel free to reach out to our European Affairs Managers directly.

Subscribe to our newsletter to receive the news in your mailbox! 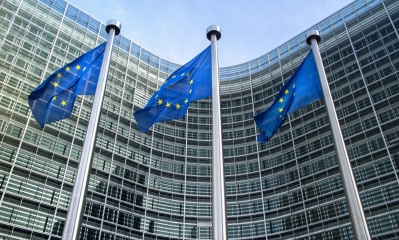 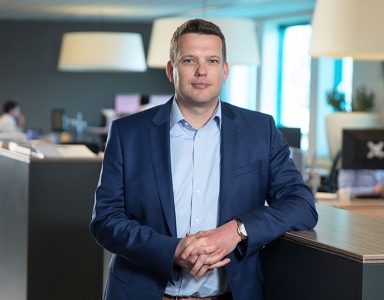 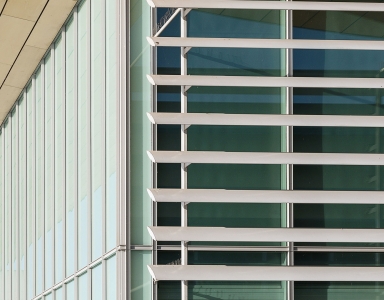 Hezelburcht is a one of a kind organisation. Not only do we provide comprehensive support services f... 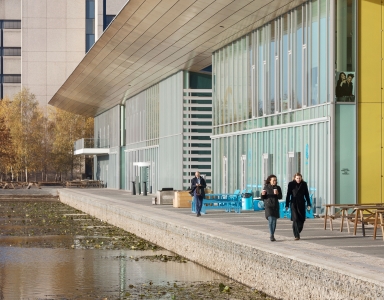 We believe in the power of going above and beyond so that together, we can have a bigger impact. To ... 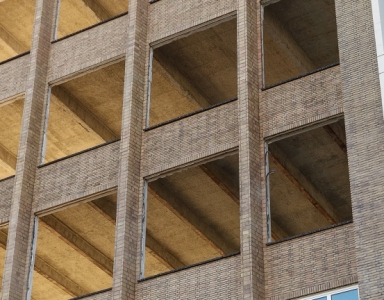 Last round of calls in Horizon 2020 programme!

Horizon 2020 is the biggest EU Research and Innovation funding programme, bringing together grant in... 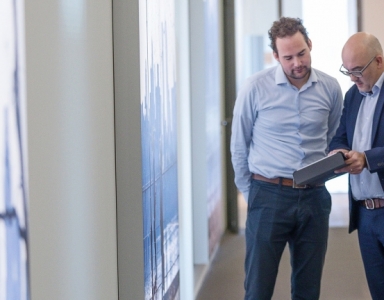 The grant and funding landscape is extremely varied and offers numerous opportunities for most types...