A variety of funding agencies in the United States are also open to non-US based applicants. These funding agencies are highly relevant for European research institutes. In the Netherlands alone 118 researchers received more than $160 million in grant allowances from American foundations and institutes between 2014-2016 (GrantSpace, 2018). In this article, we highlight several US funding opportunities available for Life Sciences scientists based outside the US.

The National Institutes of Health is the largest, government run funding agency for (bio)medical and health research in the world with a budget of over $32 billion annually. The NIH comprises 27 separate institutes and centres serving different biomedical disciplines, for example the National Cancer Institute, the National Eye Institutes and the National Institute of Mental Health. A number of these institutes provide funding opportunities for non-US institutions via their extramural research programmes. Per call it is indicated whether the programme is open for institutes outside the United States. Most NIH calls have 3 deadlines or cycles each year. RO1 grants have for example deadlines on February 5th, June 5th, October 5th.

Interestingly, since 2017 the American government and the European Union are working on a bilateral agreement to facilitate cooperation between European and US based researchers in the Horizon2020 and NIH programmes.

BMGF was founded by Bill and Melinda Gates in 2000. With $38 billion as assets it is the largest private US foundation. The aim of the foundation is to contribute to improving healthcare and reducing extreme poverty on a global level. BMGF finances a broad area of research projects. In the field of the Life Sciences, grants are available for the development of new vaccines, drugs or diagnostics for diseases such as malaria, tuberculosis, polio and HIV/AIDS. Concepts for grant proposals can be submitted throughout the year, while periodically the foundation publishes requests for proposals on specific topics like the call ‘Saving lives at birth’ with deadline February 28th, 2018.

The Chan Zuckerberg Initiative is founded by Mark Zuckerberg, the initiator of Facebook, and his wife Priscilla Chan with the aim to advance human potential and promote equality in areas such as health, education, scientific research and energy. Its science programme, Chan Zuckerberg Science, has a budget of $3 billion over the next decade. Its goal is to help, cure, manage, or prevent all diseases by the year 2100. A number of initiatives have already been financed by this programme, such as the Human Cell Atlas, a global collaborative research project to map and characterize all cells in a healthy human body. Once complete, it will be a fundamental resource for scientists, allowing them to better understand how healthy cells work, and what goes wrong when disease strikes. Already 38 projects are up and running in this programme. Soon a new initiative will be open for applicants in the field of neurodegeneration.

Founded in 1950, the MDA funds worldwide research on the better understanding of muscular dystrophies and the treatment and clinical trials for diseases such as Duchenne muscular dystrophy and ALS. Its budget varies each year depending on the donations it receives. In the past it collected its funds mostly via its yearly telethons chaired by American celebrities. In 2016 MDA financed 70 research projects with an overall budget of $16 milion. Researchers can apply for discovery research (research grants and development grants), translational research, clinical research, infrastructure and conferences. Deadlines vary per call; for research grants a letter of intent is due June 15, 2018.

The FFB is a private funding agency established in 1971 that funds retinal disease research in the US and abroad. So far, it has invested $725 million in research that should lead to prevention, treatment, and vision restoration for a number of degenerative retinal diseases such as macular degeneration and Usher syndrome. The FFB also funds innovative retinal disease research in areas like genetics, gene and stem-cell therapies, retinal cell transplantation, and pharmaceutical and nutritional therapies. A number of funding instruments is available such as the Individual Investigator Research Grant and the Career Development Awards. Deadlines within the programme vary between calls.

There are many more US foundations and resources that fund research concerning specific disease areas executed outside the US. Hezelburcht can help you identify and apply for the most suitable funding instruments for your specialised research area. 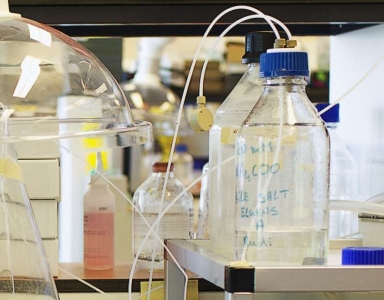 On the 3rd of July 2019, the European Commission organised an Open Info Day in Brussels dedicated to...

Should you have any questions about this specific grant or about grants in general, please do not hesitate to contact us!