Food Innovation: an impression of the EESC’s Innovative Food conference

The need for food innovation

The increase of the world population and the demand for high-quality foods are confronting Europe. What regulations are needed to tackle these challenges and what are the next steps in food innovation? On the 9th of July 2019, the European Economic and Social Committee (EESC) together with the Food Lawyers’ Network (FLN) invited the public, policy makers and food industry for a conference on the innovation in food. With a focus on market access for novel foods, food fraud, and intellectual property for food, there was plenty to talk about.

Five drivers of consumers’ food choice were introduced: experience, well-being, fuller lives, responsible living, and identity. Research suggests that consumers are very keen on sustainable foods, yet are unsure about novel foods (less known food which is not eaten by significant amount of people in EU). Lack of advice, limit availability, high pricing, information overload (due to complex labelling) are some of the current challenges consumers are facing. Everyone agrees on the need to change, but not on the how. Should we follow the path of meat substitutes, cultured meat, and vitamin-enriched food? Will we all eat insects? And how do we deal with food fraud?

What are novel foods?

Novel foods are foods and ingredients that were not sold as food within the European Union (EU) before the 15th of May 1997, when the first Regulation on novel food came into force. Novel foods can be newly developed or produced using new technologies, innovative food, as well as food traditionally eaten outside of the EU. Starting at the beginning of 2018 a new Regulation (EU) 2015/2283 on novel foods was put into place. This new regulation makes it easier to bring new foods to the EU market, without losing the high level of food safety. Despite this improvement, it can be confusing when something is defined ‘novel’. For example, insects are eaten on a daily basis by 2M people around the world, and not áll cannabis products are novel. This was discussed by Gilles Boin (French food lawyer): the seeds of the cannabis plant are lacking THC and are not considered novel according to EU legislation, but extracts of the plant are. Due to the recent legislation changes and the uncertainty about the definition, producers of novel foods are not eager to enter the European market. This results in a delay in acceptance of novel foods by the consumers.

Patents on life as novel foods

For over two centuries, life and living organisms have been excluded from patent laws. Since the patent on an ‘oil-cleaning’ bacteria strain this changed and the concept of patenting living things is under debate. The need for food innovation and novel foods also forces the EU to response to this debate. Is it fair for farmers to have patents on their adapted plants and food crops? Or is this a part of nature and should it be forbidden. The difference between someone’s own invention and what is natural regarding ‘life’ is hard to determine. This complex issue makes Europe’s policy and legislation difficult.

When looking at the growing world population and climate change, we are facing the challenge of producing enough protein-rich foods. Now it is mainly present in our diet in forms of meat. Novel ideas to overcome this problem include insects, plant-based meat substitutes, or even ‘real meat’ as cultured meat. This latter subject was highlighted during the conference by Peter Verstrate (MosaMeat): eating meat is an experience and an addiction. Despite it being a natural habit, we need to consider the ethical and climate impact of culturing animals, the overuse of antibiotics, and the reduction of biodiversity. New breeding techniques could also help to feed the world, as was discussed by Dennis Eriksson (Swedish University of Agricultural Science). Despite the abundancy of genetically modified organisms, consumers are usually afraid of the term ‘GMO’. What do we know about the good and the bad things, of the newest techniques such as CRISP-Cas? CRISPR-Cas is a method to generate a mutation at a predetermined location in the plant DNA. Regulation on these types of techniques can be complicated as some types of GMO are allowed (e.g. breeding and mixing seeds etc.), but which ones should be forbidden?

On the whole, there are still many challenges, but also many great innovations and scenarios, for our future food system and our food security.

Do you find this interesting? Or do you have a project related to Innovative Food? Our specialists are pleased to inform and advice you. 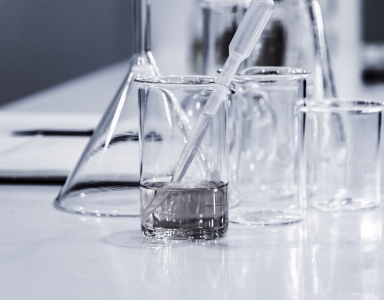 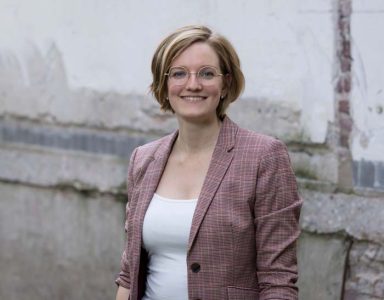 Joëlle received her MSc in Medical Biology at Radboud University Nijmegen in 2016. During her studi...

Questions about this article? Contact us for more information.