My Hezelburcht
Home News The Brexit withdrawal agreement: better than an alien invasion

The Brexit withdrawal agreement: better than an alien invasion

Since the very beginning, we have had no doubt that Brexit is a lose-lose situation, and that our negotiations are only about damage control - EU Council President Donald Tusk

The 585 page Agreement on the withdrawal of the United Kingdom of Great Britain and Northern Ireland from the European Union – the Brexit withdrawal agreement – is at best nothing more than a quagmire of uncertainty. In the long term that is – however, until January 2021 it is business as usual for UK applicants, grant recipients and multi-country consortia in Europe. This also includes ongoing projects under Horizon 2020, Erasmus+ and other funding programmes that have an end date beyond the cut-off point.

To understand why – beyond the ethical reason –  the UK is determined to maintain the status quo regarding EU funding programmes implemented through the Multiannual Financial Framework (MFF), we need only look at the figures. In the case of Horizon 2020, the UK has submitted the largest number of applications for grants – over 50,000 – with a 15% success rate between 2014-2017. They are also the second largest financial contributor to Horizon 2020 at 15.2%. The UK contribution and participation in Horizon 2020 has been mutually beneficial to all stakeholders – similarly for the other 50 MFF programmes. To deny this would be to deny the achievements, successes and residual social impacts resulting from the awarded grants. For this reason alone, the EU is aware that to reject the withdrawal agreement would be to question their own funding instruments.

Irrespective, the withdrawal agreement stays purposely vague regarding the future role of the UK in upcoming MFF programmes. On the one hand, it clearly states that the UK shall make a contribution to the Union budget from 2021 until the end of the agreement transition. On the other hand, the agreement also denotes that from 2021 the UK shall be considered a third country in terms of Union workings and MFF programmes e.g. Connecting Europe Facility (CEF) and Horizon Europe. The third country status does not necessarily spell doom for prospective UK applicants as negotiations will take place that may allow for the UK to be seen as an associated country or even give them a special status per funding instrument. However, should the UK choose to remain a third country, will the UK, for example, be allowed to partake with EU member states in Projects of Common Interest (PCIs) intended to help the EU achieve its energy policy and climate objectives in accordance with the Paris Agreement? The agreement states that the UK shall meet their Paris Agreement commitment – one would envision that this would also extend to the cross-border cooperation agreements already signed and to be signed.

At the end of the day, the EU summit’s endorsement of the withdrawal agreement and any subsequent good will is only relevant if the UK parliament gives the agreement its blessing in December 2018.  Taking into account the UK’s vast technical contribution, the eco-geographical reach of their energy sector and the grave financial risk for both the UK and EU markets should there be a ‘no deal’ hard exit on 29 March 2019 – endorsement should be preferable to impending chaos. Mike Russell, the Cabinet Secretary for Mitigating Brexit, conceded that this withdrawal agreement has the edge on “an alien invasion”; which, for the determined scientist in a hidden lab up in Liverpool currently receiving funds to support his globally applicable and much needed cutting edge research via a Horizon 2020 grant, is the best news yet.

That being said, it is now up to the EU to consolidate its position and take the key decisions regarding the participation status of the UK.  And sooner rather than later – there are currently 15 PCIs anxiously awaiting whether they should re-apply with or without the UK in 2019. The coming months we will be watching the EU and the UK carefully and hoping for the best case as we prepare for the ‘hard’ worst case scenario.

Interreg for a stronger Europe

The INTERREG programmes stimulate innovative and sustainable cooperation projects which focus on cre... Mike has been with Hezelburcht since 2010. He has a background in logistics and business as well as ... 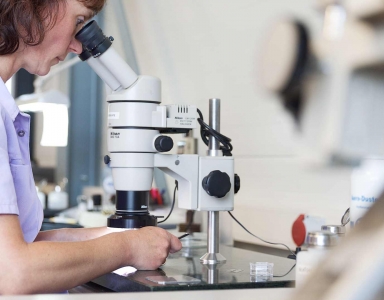 The preparations for the European programme for research, development and innovation for Framework P...